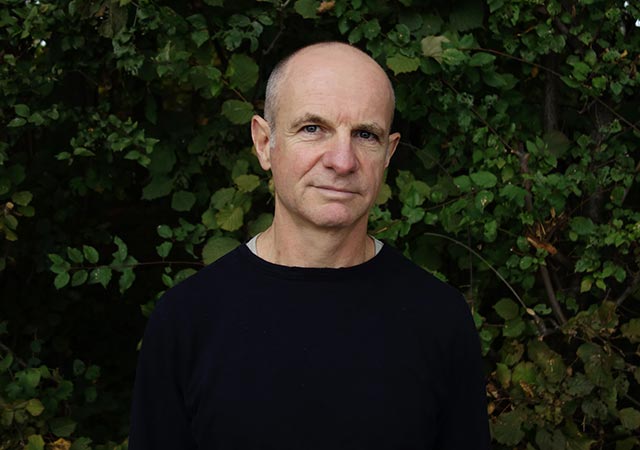 Pierre-François Sauter is a filmmaker. After a childhood in Mozambique, he first worked in the artistic field, then as a film director for RTBF, in Belgium, and SF1-DRS, in Switzerland.

In 2009, he directed FACE AU JUGE, a feature-length documentary that was released at Visions du Réel and selected, among others, at the Beijing Independent Film Festival 2010 (Songzhuang, China) and for « Le Prix de Soleure ». This film was distributed at the cinema in Switzerland.

CALABRIA, his second feature-length documentary, was premiered in the international competition at Visions du Réel in 2016, where it received a special jury mention. CALABRIA was then selected in more than forty international festivals where it was awarded four major prizes (DocLisboa in Portugal, Fidba in Argentina, Flahertiana in Russia and Sanfici in Colombia) as well as the award for excellence at the ConstruirCine festival in Argentina. CALABRIA was released in Switzerland in 2017.

Pierre-François Sauter is currently working on FAR WEST, a feature-length documentary to be shot in Cape Verde. This film is a co-production between Le Laboratoire Central (Switzerland) and Terratreme (Portugal).