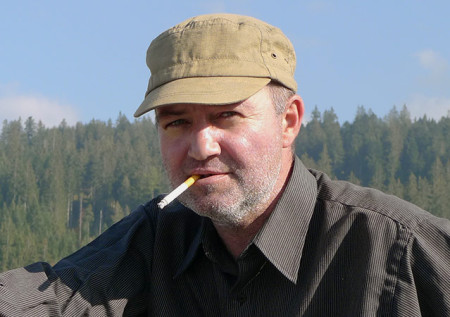 François Bovy is a film director. He shares a homebase between Switzerland and Colombia. He is currently working on his new documentary feature film project entitled INSECTICIDE.

In 2005, he did his first feature-length documentary, MELODIAS , in Medellin. That film won the European Film Academy nomination for the Arte Prize (European Film Award for Best Documentary); it went on to be selected for numerous festivals and to garner a number of prizes (a.o. Visions du Réel, Pampelona, Milan).

François Bovy had previously directed BEL CANTO, a short film that attracted a great deal of attention on the festival circuit (a.o. Prix Canal + in Clermont-Ferrand, Jury Prize in Poitiers). He wrote the screenplay of a feature fiction film, SOIF [Thirst], for which he received a grant from the Société Suisse des Auteurs (the SSA – Swiss Authors Society).

Besides his work as a film director, François serves as both head cameraman and scriptwriter.